I arrive at the strip club for the first time in months. I’ve preferred to stick to my BDSM meets where I know exactly how much I’ll make and everything is arranged beforehand. Also, I don’t have to pay anyone else. However, after no messages for two weeks and the rent having just been paid, I find myself broke and buzzing in through the conspicuous black door between black windows like a hole in the wall sandwiched between a Jamaican themed bar and a gaudy 24 hour convenience store that will sell cigarettes that you’ll have to mortgage your house to afford.

Sighing, I walk in, several girls are already lounging on the sofas that I’m very glad have only ever been dimly lit because I’m not sure how often they’re steam cleaned. Their faces are a mixture of curiosity and surprise. A couple girls wave half hardheartedly, I smile and wave back. Ascending the stairs, there are two girls talking in the changing room.

“Well, I think I’m going to have to hang up my dancing shoes sooner than I wanted to, to be honest.”

“Yeah, I mean, it’s all changed. Two years ago, I would take home a grand a week, now I have to scrape and beg for a hundred pound a night and I work three nights a week. I may as well get an 18k a year job. It’s demeaning. I don’t like it at all.”

This is the second time I’ve worked this year and the last time I did, the conversation was exactly the same but between two different girls. It was disheartening. I change quickly and go for a cigarette. We smoke on the fire escape, it’s dingy and there are quite often rats. Bathed in perpetual neon light, the night looms high above enveloping us in a velvet sheet that’s eternally purple thanks to Bristol’s smog problem.

When I join my colleagues, there are two tables, one features a young girl I know and three young girls that I don’t. All hot with pert bottoms and shining eyes. On the second table, are all OG strippers that I’ve known for years. I realise, with a slightly sinking heart, that at the ripe age of twenty-four I now class as a veteran dancer and plonk myself down with a glass of house white. One of the young girls, leans over and excitedly starts talking to me about my tattoos, rather over eagerly and it’s clear that she wants to be friends. I make polite remarks but mostly I don’t have the energy.

I remember vaguely being this girl. Desperately trying to get the attention of the older girls and trying to bond with them. They would always be despondent of me. I now realise with some surprise that what I thought was despondence could actually have just been weariness. I’ve met so many girls, it’s like a conveyor belt. Most don’t last very long and those of us that do are left either to our own table where we can commiserate or the loners crouch on the bar, waiting for customers, choosing not to participate in the larger group. The veil that these new girls are staring at has been dropped for me. The council have taken so much from us, we’ve been attacked from so many angles that I no longer have the same passion for this work. Which is a shame because I always loved my job, it funded my undergraduate, it funded several trips abroad, it funded several nights out, it funded my rent on a few occasions when I was between day jobs. For others, it has been their whole lifeline and quite often a dependent’s and now it’s dying out.

Each time I come in, I feel like I’m looking at the ghost of my memories from how it was before. Consequently, I struggle to really get into it. Around 1.26am, one of the girls I get on with well comes to join my reverie. 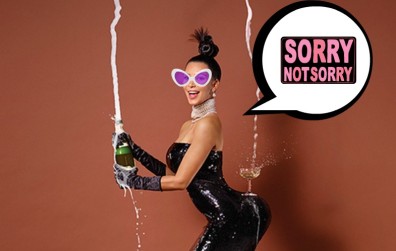 “I know,” she grimaces and then remembering something, she starts laughing, “Oh my God, in this one club I worked in once, we used to do lesbian dances! We’d put our heads between each others legs and pretend to lick each other out! And we used our finger to poke each other in the bum cheek and if a customer was like “we don’t believe you!” and try to lean in we use to say, “if you pay more, I’ll make her squirt”. If they did it, we would pour our wine on the seat and then show them!”

I laugh, “We used to do lesbian dances too! In fact, in Swindon you still can, but we only do it with girls we’re really comfortable with. I like it, you can bounce off someone else then and it’s not as awkward.”

“Yeah like if you have a three hour VIP and you could get them to bring your friend in so you could enjoy it more. We used to do that, my friend would always say, “Hunny, I’ll try and get you in” and wink at me.”

“I used to have this party trick when you could still sit on customers where I would spread my legs and balance a glass full of champagne on my pussy.”

“That’s so funny! I wish I could do that!” A new girl has sat on the other side of me and is listening, enraptured to hear what stripping was and could be.

My friend suddenly gasps excitedly and grips my knee, “I just remembered another thing when you said champagne – we used to pour champagne down each others arse cracks!” She rocks back and claps her hands, “Oh, and they used to come around with jelly shots which would get stuck in the glasses and I used to put them between my boobs and do those tricks I can do with my pecs” She demonstrates, bouncing each boob rhythmically without touching them once, “And say, “I’m warming it up for you, darling” and then I’d give it back and they’d be able to slide it into their mouths.”

“I miss all that stuff, they should really give us more creativity, besides it’s killing us, in terms of cash flow.”

“Yeah, we should be allowed to do what we want if we’re happy with it.”

“We shouldn’t have to pay a hundred pound to work either, while we’re at it.” Another girl that I know well has joined the conversation.

“Well, they want to save us and if we don’t appreciate it, they’ll punish us!”

We’re shaken out of it when a group of men come in through the door but I’ve started to form an idea.

At the end of the night, I go to cash up. Sighing, I place my chips on the table in front of our manager, “That’s all I have. So, I’m starting my Master’s this September.”

“Thanks. I’m doing it on how the UK law affects groups in the sex industry and I would like to hear from people who own strip clubs or manage them. Would you be interested in doing a survey for me?”

He eyes me suspiciously, “Will it be long and boring?”

“Yes, quite probably. But I’m sick of the way the council are treating us and I’m sick of them making decisions without ever asking us. I’ve appeared in courts, I’ve written statements and they dismiss everything we say as being “anecdotal” evidence.”

The Manager leans back, “Well, listen, Alice, I’m sick of being treated by them like I’m sort of trafficker. Like I’m making victims out of these girls when all I do is try to run a club that they can work safely from and get money for whatever it is they need money for – what anyone needs money for! So, I’ll join your crusade, Alice. Not right now, it’s not a good time but come back and see me next time you’re in, OK?”

I smile, despite the night and everything, I feel somehow elated. I’m not alone and there are things we can do to fight back.